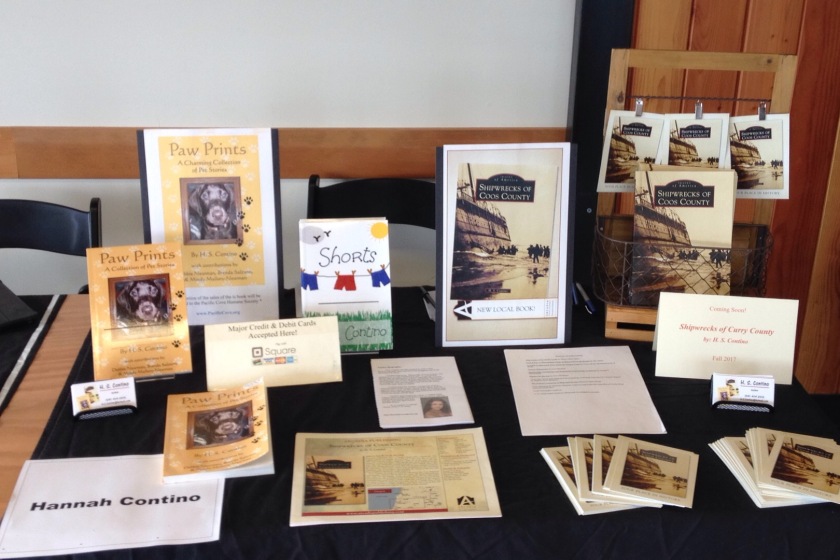 Published as part if the popular “Images of America” series, this book provides a photographic overview of shipwrecks in southern Oregon over an 150 year period. The book uses a balance of historic photographs and research to tell the stories.

My goal was to demonstrate the variety. There are both large ocean faring vessels as well as small river boats. I’ve demonstrated the transition from sailing ships to steam ships to modern motor vessels. There are also a variety of circumstances surrounding the events. For instance, there are groundings, collisions, fires, and equipment malfunction– just to name a few!

In some cases, I was able to return to the location of the shipwrecks in order to obtain updated photographs. For instance, the Sujameco grounded on the North Spit in 1929. I have historical photographs of what it looked like at the time. After they failed to pull it off of the beach, the owners had everything valuable removed and the hull was abandoned. During WWII, people returned to the wreck to salvage what they could from the metal hull for scrap metal for the war effort. They salvaged everything above the water level, but a portion of the bottom of the ship had sunk into the sand and was inaccessible. As a result, to this day, the bottom outline of the ship’s hull remains on the North Spit. During the summer it is often buried in sand. But, after winter storms, the waves often unbury it for short periods of time. On a good day, you can see the entire outline of the ship’s hull from bow to rudder. While writing this book, I was able to photograph the wreck when it was mostly unburied.

The publisher sells the book for $21.99. I have signed copies available for sale in my Etsy shop for the discounted price was $19.99. I’d be happy to add a personalized message.

Order a Signed Copy of Shipwrecks of Coos County 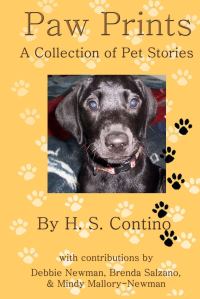 I’ve always loved animals, and I’ve always had a houseful of pets. This book contains a variety of stories about the menagerie of pets that have been owned by myself, my family, and my friends over the years. There are funny stories, sad ones, and a few that fall under the category ‘stranger than fiction.’

A portion of the sales of this book will be donated to the Coos County Humane Society. 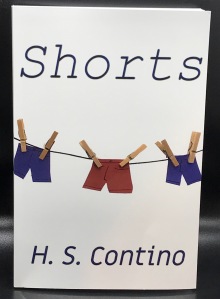 As the name implies, “Shorts” is a collection of short fiction. It combines a variety of short stories and poems written over a 15 year period. It’s a very diverse collection with some light hearted stories and some that explore darker topics.

Order a Signed Copy of Shorts

Historically, mariners considered the Oregon coast one of the most dangerous in the world. In 1852, explorers discovered gold in the rivers and along the beaches in Curry County, which is located in the southwestern corner of the state. Subsequent settlement concentrated on the coast. With few roads, water transportation was crucial for early settlers. The area contained many potential dangers to ships including unpredictable weather, frequent fog, submerged rocks and reefs. There have been many shipwrecks in the area including the tanker Larry Doheny, which was torpedoed by a Japanese submarine during WWII. Curry County is home to Cape Blanco, the second most westerly point in the continental United States, and Port Orford, the only open water port on the Oregon coast (and one of only six “dolly” ports in the world). Modern technology and port improvements have reduced the number of shipwrecks, but accidents still occur.

Order a Signed Copy of Shipwrecks of Curry County

According to theory, there are numerous versions of reality running in parallel with each other. What if we could get a glimpse into one of them? How would it effect the changes we make in our daily lives?

Francis Marino’s life changed forever when two representatives of the U. S. Air Force showed up on her doorstep and asked her to come with them.

Colonel Dominic Davis was dedicated to his job. After being exposed to an alien device, he is given visions of his life in two different alternate realities and realizes that he needs to make changes– both personal and professional.

Life on Earth hangs in the balance.